A message from our researcher - Nell Nockles

Hippocrates (469-399BC) 'The Father of Medicine', mentioned asthma and skin diseases two and a half thousand years ago in his famous account of ‘Airs, Waters, Places’. He suggested that a humid area would induce certain diseases in the population:

‘Let us suppose we are dealing with a district where water is plentiful. The inhabitants will have moist heads full of phlegm…children are liable to convulsions and asthma... they also suffer from pustular diseases of the skin which are particularly painful at night’.

Doctors had to wait over two thousand years before they could see an image of the animal that was probably the cause of these diseases: the tiny house dust mite.

Approximately forty years ago three medical events came together to promise real benefits for people with asthma. First, house dust mite droppings were identified as a major cause of asthma with public education and mite avoidance recommended1. Second, the invention of the modern measured-dose inhaler for drugs, including steroids, to ease symptoms2. Third, the knowledge that there were two different types of asthma: steroid-responsive (mainly allergic) and steroid-resistant (chronic bronchitis)3,4. By combining these three events in asthma diagnosis and management the promise of real benefits could be realized, but this was not to be.

In 1992, a group of 39 doctors and medical opinion leaders, many of whom had been researching house dust mite-related asthma, met and decided that the importance of the house dust mite’s role in asthma should be reduced or ignored5,6,7,8. Instead they recommended the use of medication, including steroids ‘as the drug of choice’ for all asthmatics. In doing this the doctors failed steroid- resistant asthmatic patients who were getting little benefit from their medication and were probably ignorant to the cause of their symptoms. The doctors’ message went out as the newly created British Thoracic Society (BTS) Guidelines on the Management of Asthma and distributed to family doctors and nurses in the NHS9. New drugs were vigorously promoted by an army of marketing representatives offering to educate practitioners regarding their company’s products10. The consequence was that drug remedies were prioritized to the detriment of allergen education, recognition and avoidance11.

The doctors’ decision in 1992 led to a pharmaceutical bias in the management of asthma that has caused harm to mite-allergic asthma patients, especially for those who were steroid-resistant. The harm of their decision is still with us today. To make the point, GINA’s 2019 Management and Prevention of Asthma, states: “Allergen avoidance is not recommended as a general strategy in asthma"12.

The skewing of asthma management towards drug reliance is unacceptable and must be corrected by doctors and governments in the interest of public health. Excessive exposure to digestive enzymes packed into house dust mite droppings can be harmful for a large population of asthmatic patients. This is not new information13.

Man has waited over two and a half thousand years to understand and avoid a major cause of asthma: the house dust mite. How much longer do we have to wait before medical opinion leaders place allergen education, recognition and avoidance before drug promotion?

What would Hippocrates say? 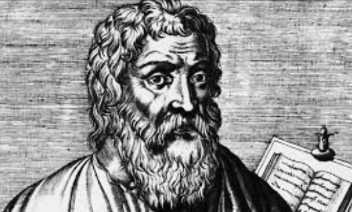 Asthma UK’s AGM Report 2019
- 5.4 million people in the UK have asthma
- 1 in 11 children have asthma
- asthma costs the NHS over 1.1 billion annually
‘The dust mite is responsible for about three quarters of the allergic problems in the country today, and the numbers are increasing. It does not cost very much to give advice on allergen avoidance.’ Dr Harry Morrow Brown,199310.
References